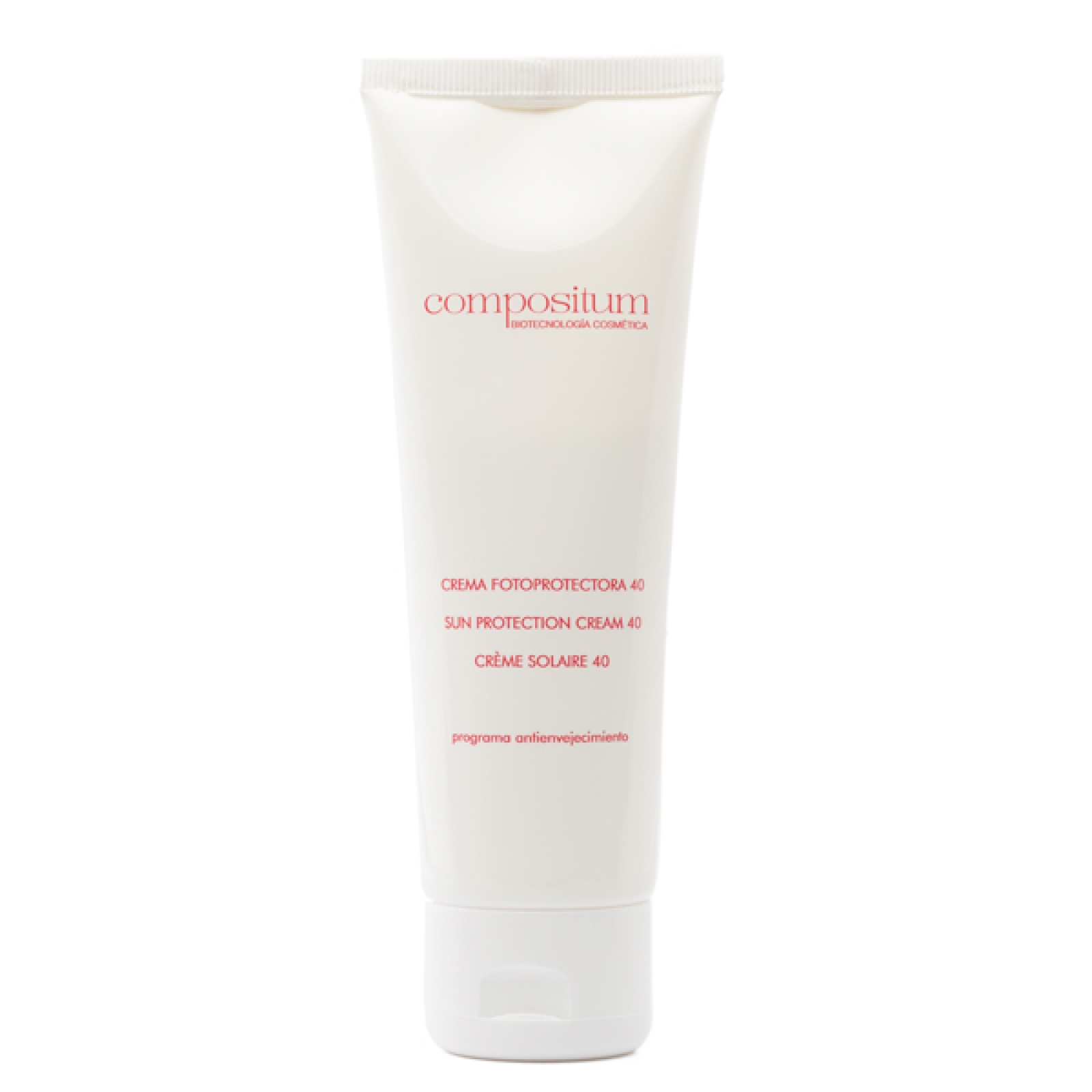 Cream PHOTOPROTECTORA 40 contains a very high protection factor, as well as being constituted, among other active ingredients, by the two basic components that make up the EPICUTANEOUS mantle, which, unfortunately, is so often removed from our skin.

DETAILS
Now 100ml instead of 75ml! FOTOPROTECTORA 40 cream contains a very high protection factor, apart from being constituted, among other active ingredients, by the two basic components that make up the EPICUTANEOUS mantle, which so many times, unfortunately, is eliminated from our skin.

It represents the perfect joker, for all those skins in which the sebaceous glands have remained envaguecidas and do not provide just secretion. It is fundamental in the process of treating super-dehydrated and malnourished skins, until gradually the glands begin to work on their own.

Returns comfort to the skin, serving as a reference to restore the rhythm of necessary glandular segregation, which requires a balanced skin.

The first thing that we see, or that we should see, that defines the state of the set of all the layers of the skin is an invisible film that surrounds it, an EMULSION that is called EPICUTANEOUS or HYDROLYPIDAL MANTLE. It is about the segregation of the two glands that are located in the tissue, THE SWEAT GLAND AND THE SEBACEOUS GLAND. The sweat gland secretes an aqueous liquid, similar in composition to urine, is the SWEAT, and the Sebaceous Gland secretes lipids, or fat. The perfect combination is an exact mixture of grease and sweat, which forms that EPICUTANEOUS, protective emulsion from the very day of our birth. PHOTOPROTECTING 40. Referential of the EPICUTANEOUS mantle